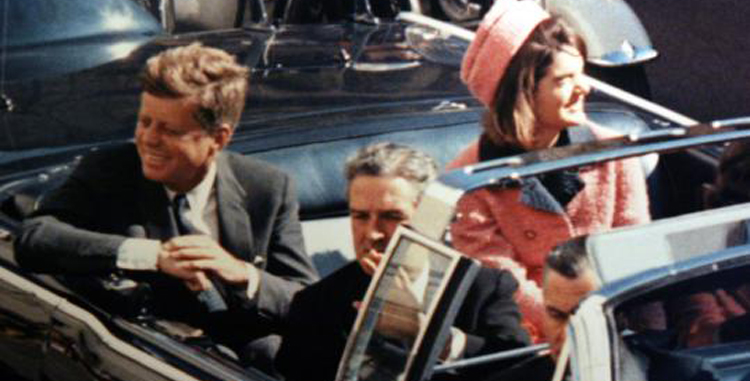 In everyone’s life, there are a few events that are seared into your memory. Even if you weren’t involved, you will always remember where you were when you heard about it.

For my generation, it was the day President John Kennedy was assassinated in Dallas, 50 years ago on Nov. 22.

A week shy of my 10th birthday, I was in the fifth grade. The nuns had us on our knees, praying that the president would survive the gun shots; then praying for his soul.  Personally, I was praying it wasn’t the Russians, because I figured that would mean war and  — given the Cuban missile crisis the year before —  the end of the world.

I actually don’t remember much else about that day. Probably most of what I think I remember comes from interviews I did 25 years later as a reporter for The Dallas Morning News. I was part of a team of reporters who tracked down scores of people who had known Kennedy or who had roles, great and small, in the aftermath of the tragedy.

John McGuire, a member of Kennedy’s PT-109 crew during World War II, was a U.S. marshal in Florida in November 1963. He was walking down the steps of the federal building when an acquaintance pulled up in his car and said Kennedy had been shot. McGuire thought it was another in a long line of bad jokes about JFK. But he went back to his office and turned on a radio.

Patrick McMahon, a badly burned PT-109 crewman whom Kennedy had pulled through the water for miles with a strap from McMahon’s life preserver clinched between his teeth, was sitting in his truck listening to the radio while his wife was shopping in a store. About the time he heard the news on the radio, his wife heard the news inside and came racing out of the store. “We were horrified,” McMahon said. “We couldn’t believe anything like that could happen in our country to a man like he was.”

Keith Clark, the Army band bugler who would accidentally produce the “tear in taps” during Kennedy’s funeral, was at home in Arlington, Va., working in his study when his daughter came racing home from school and shouted up the stairs, “Dad, the president’s been shot.”

Joe Molina, the credit manager at the Texas School Book Depository, from which Lee Harvey Oswald fired the shots, was outside watching the president’s motorcade. The tragedy would become a nightmare for him when Dallas police showed up outside his home during the middle of the night.

Molina had been a founding member of the Texas chapter of the American GI Forum, the Hispanic veterans organization. Back in the day, that was enough to mark him as a potential subversive, so the Dallas police turned his house upside down looking for evidence of an association with Oswald. The next afternoon, the Dallas Times Herald named him in a story with a six-column banner headline, “Police Quiz Second Man.”

Though investigators concluded within hours that he had nothing to do with the assassination, the papers at the time never reported that he had been cleared. Nor did the Warren Commission. The damage done, he soon lost his job. Ultimately, however, he ended up in better jobs, with the Postal Service, the General Services Administration and the U.S. Department of Labor.

Julian Reed, a Texas public relations man who worked on Gov. John Connally’s campaign, was sitting in the jump seat, next to the driver of the press bus, several vehicles back in the presidential motorcade, when he heard the shots. He saw escort motorcycles scramble up the grassy knoll and the president’s limousine speed away. “I didn’t know what had happened, but I knew it had to be something terrible,” Reed said.

The press bus continued on the Trade Mart, where Kennedy was to have spoken at a luncheon. Reed hitched a ride from there to Parkland Hospital, where he found Nellie Connally, the governor’s wife, in a small room. She told him the governor, who also had been shot, was in surgery but she was certain the president was dead. Reed asked her to recount what had happened, and a while later, after Assistant Press Secretary Malcolm Kilduff had announced the president’s death, Reed took the podium to tell the press Nellie Connally’s version of what had happened in the car.

Later, with Connally still hospitalized, Reed helped set up a media relations command center in the hospital. He was still there the next day when Oswald was wheeled into the hospital after being fatally shot by Jack Ruby. “I remember how green he was when he was brought by,” Reed said.

Nov. 22, 1963, was one of the rare occasions when Pierre Salinger, the president’s press secretary, wasn’t with him.

Salinger, Secretary of State Dean Rusk and half the cabinet were in a plane an hour west of Honolulu on their way to Japan for a trade conference when the word that Kennedy had been shot came, one letter at a time, over a teletype machine in the cockpit. Details were sketchy. Salinger, whose codename was “Wayside,” went forward to establish contact with the White House. For a while, the White House situation room was unable to give Salinger any more detail than what they were able to read from the wire service machines clicking and clacking their one letter at a time.

After about 30 minutes, the situation room called, “Wayside, standby.” Those two words were repeated about every 30 seconds for three or four minutes, Salinger recalled. Then, “Wayside, the president is dead.”

The plane carrying Salinger and the cabinet had already turned around. It stopped in Hawaii, refueled and took off again for Washington. “The flight was going to be 11 hours,” Salinger said, “with our mindset – a man like that being killed – what do you do? It may shock you to tell you this, but I started a poker game. It was just wild. Nobody was thinking. We were throwing money at each other. Anything to get out of your mind what was going on.”

They landed in Washington sometime around 3 a.m., and Salinger got to the White House just as Kennedy’s body was arriving. After a short ceremony in the East Room, the president’s widow, Jackie, put her arm around Salinger. Incredibly, Mrs. Kennedy, still wearing the clothes stained with her husband’s blood, told Salinger, “I know what kind of day you’ve had. Why don’t you sleep here tonight.”

John Kennedy had changed the office of the presidency, replacing old gray-haired men with youthful vitality, style, an appreciation of the arts and soaring, inspiring rhetoric.

Kennedy made it seem like all things were possible. The harsh reality of the past 50 years is that many things are not.